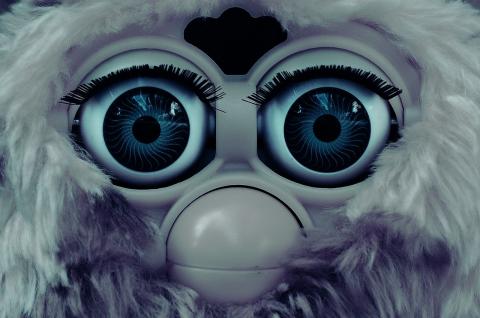 The nineties were a space of change and social impact; a period that transformed technology , culture and music . When we think back to those years, nostalgia for our childhood and for the epic toys we grew up with invades us. Next, we leave you a list with the most iconic of the time; sure, they will bring back the best memories and leave you dreaming of playing with them again.

This toy, created in 1996 by Akai Maita , consisted of caring for a virtual pet ; the idea was to create a reciprocal relationship between you and the pet. Since its market launch, the Tamagotchi has had more than 40 versions, including a Christmas one and the most recent, Tamagotchi Connection . The name of this toy comes from the combination of the Japanese word tamago , which means "egg", and wo'chi , which means " clock ."

This toy was the dream of every girl of the nineties . The Easy Bake Oven allowed you to become the chef and pastry chef of your imagination, since you could bake mini cakes and cookies to your liking .

The Furby transformed the toy industry and captivated both children and adults of that time. Through basic artificial intelligence and specific programming, the Furby not only communicated , but also had its own personality , which made it unique for each child. On the day of its launch, this toy was a boom, to the extent that more than 27 million copies were sold in just its first year.

This board game became a classic of the nineties. Guess who? It consisted, precisely, of guessing who your opponent's mysterious character was by means of an arduous interrogation as to whether that character had a mustache, wore glasses or if he was a man or a woman. The player who guessed first won.

The Etch A Sketch was a toy to bring out your inner artist . This magic blackboard allowed you, by means of two handles, to draw any type of figure and, surprising as it may seem, there were people capable of creating true works of art. He was so popular that he is referenced in the iconic Disney movie Toy Story .

The View Master revolutionized the traditional stereoscope , as you could view various images in brilliant colors . As children, these images allowed us to visualize stories, tales and stories, all with the simple action of observing them through the View Master and changing the scene with a finger.

Trading was a board game where precision and focus were key to winning. It allowed you to feel like a real doctor ; The surgery room was the board and in your hands was to heal the patient with every object that you tried to remove without him turning his nose and giving you a touch.

The games of skill were a classic in the nineties and Perfection became a must when agility and speed it was. This board game consisted of putting all the pieces in place before time ran out because, if that happened, the board would explode and shoot all the pieces up. Definitely, Perfection kept you full of adrenaline and excitement.

Creepy Crawlers allowed you to explore your imagination and get to work creating your own critters and other creatures. The different molds and colors gave you the opportunity to bring your creativity to reality, since with the Magic Maker oven you could see your invention transform and, above all, play with it. From the glow-in-the-dark version to the scented version, this toy was pure fun.